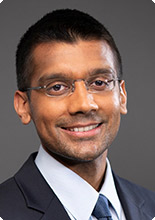 Dr. Dave A. Chokshi is the commissioner of the New York City Department of Health and Mental Hygiene. Dr. Chokshi most recently served as Chief Population Health Officer at NYC Health + Hospitals, where he built and grew an award-winning team dedicated to health system improvement, spanning innovative care models and analytics, primary care transformation, social determinants of health, community-based care management, and chronic diseases and prevention. He has taken care of patients as a primary care physician at Bellevue Hospital since 2014.

Dr. Chokshi’s prior work experience spans the public, private, and nonprofit sectors, including positions with the New York City and State Departments of Health and the Louisiana Department of Health, before and after Hurricane Katrina. Dr. Chokshi served on the FEMA delegation to New York City after Hurricane Sandy in 2012. He also served as a White House Fellow and was the principal health advisor to the Secretary of Veterans Affairs.

Dr. Chokshi has written widely on public health and medicine including in The New England Journal of Medicine, JAMA, The Lancet, Health Affairs, Science, and Scientific American. In 2016, President Obama appointed him to the Advisory Group on Prevention, Health Promotion, and Integrative and Public Health.