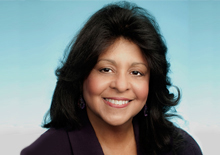 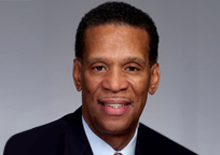 Senior executives from within the New York City Health and Hospitals Corporation (HHC) have been appointed to lead two HHC networks of hospitals and health centers that serve tens of thousands of New Yorkers who live in Upper Manhattan, the Bronx and Brooklyn.
HHC President Alan D. Aviles named Iris R. Jimenez-Hernandez Senior Vice President of the Generations+/Northern Manhattan Health Network and Executive Director of Lincoln Medical and Mental Health Center. Jimenez-Hernandez succeeds Jose R. Sanchez, who retired after 15 years of service to HHC. George M. Proctor, who had served as Executive Director of Queens Hospital Center since March 2009, was appointed to Ms. Jimenez- Hernandez’ former post of Senior Vice President of the North Brooklyn Health Network and Executive Director of Woodhull Hospital.
“Both Iris and George have shown stellar leadership and an unwavering commitment to our mission, and they leave Woodhull and Queens Hospitals much stronger organizations,” said HHC President Alan D. Aviles. “I am confident that their proven record of accomplishments and their commitment to improving the health and wellbeing of New Yorkers will greatly benefit the new communities they will now be serving.”
Jimenez-Hernandez has been with HHC since May 2006. During her tenure at Woodhull, she advanced a number of innovative programs to expand primary care and specialty services and promote healthier lifestyles through aggressive community outreach. Under her leadership, Woodhull Hospital received numerous awards and recognitions, including the 2010 Healthcare Association of New York State (HANYS) Community Health Improvement Honorable Mention Award, the US Environmental Protection Agency’s 2010 National Environmental Leadership Award in Asthma Management, and the American Heart Association’s Get with the Guidelines Gold Performance Achievement Award.
“My new position offers an opportunity to continue a legacy of making a difference in the delivery of quality healthcare to vulnerable populations,” said Jimenez-Hernandez. “And I am especially excited to be coming back home to serve the community where I was born and raised.”
George Proctor has held a number of leadership roles at HHC since 1983 and has extensive experience in the areas of healthcare finance and operations. He served as Chief Financial Officer at Harlem Hospital and Kings County Hospital Center, and as Chief Operating Officer for the Central Brooklyn Network, which includes Kings County Hospital, Dr. Susan Smith McKinney Skilled Nursing Facility, East New York Diagnostic and Treatment Center and various community health centers.
Under Proctor’s leadership, Queens Hospital Center became the first urban public health facility, and only one of three hospitals in the United States, to receive the American Hospital Association McKesson Quest for Quality Prize for its leadership and innovation in quality, safety and commitment to patient care.
HANYS recognized Queens for its work on reducing central line blood stream infections, and holds it out as a model for other hospitals in the State.
The hospital was also awarded $12.5 million in New York State HEAL funding to expand hospital programs and services.
“I look forward to building on the successes of the Network and leverage our partnership with New York University School of Medicine and other community stakeholders to further strengthen the long term viability of this organization and improve the health outcomes of the North Brooklyn community,” said Proctor.
Mr. Proctor received his Bachelor of Business Administration in accounting and financial management at Pace University in New York and was a National Public Hospitals Fellow.
Ms. Hernandez received her Bachelor of Science in public administration from the State University of New York and was a National Urban Fellow.