City redoubles efforts to close the gap among Russian-speaking community 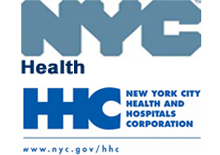 The New York City Health Department and the Health and Hospitals Corporation (HHC) announced today that in just under a decade New York City’s colonoscopy rate has increased by 62%, signaling a major step forward in the fight against one of the most common – and deadliest – cancers. The city’s average colonoscopy rate is now 67%, up from 42% in 2003 when New York City first began tracking colonoscopy rates. During this time, a citywide push to increase screening rates has also eliminated racial disparities. In 2010, colonoscopy rates in the Asian community were on par with African-Americans, whites and Hispanics for the first time. However, the colonoscopy rate among Russian-speaking New Yorkers trails behind the citywide rate and the City will work with community partners to better understand the reason for the lag and find ways to increase colon cancer screenings. The announcement was made at the Coney Island Hospital in conjunction with the City’s partnership with the Citywide Colon Cancer Control Coalition.
“Colonoscopy screening saves lives,” said New York City Health Commissioner Dr. Thomas Farley. “Two-thirds of New Yorkers are getting screening, but one third is not. If you’re 50 or older or belong to a higher risk group, call 311 to find a screening location, and encourage friends and loved ones to do the same.” 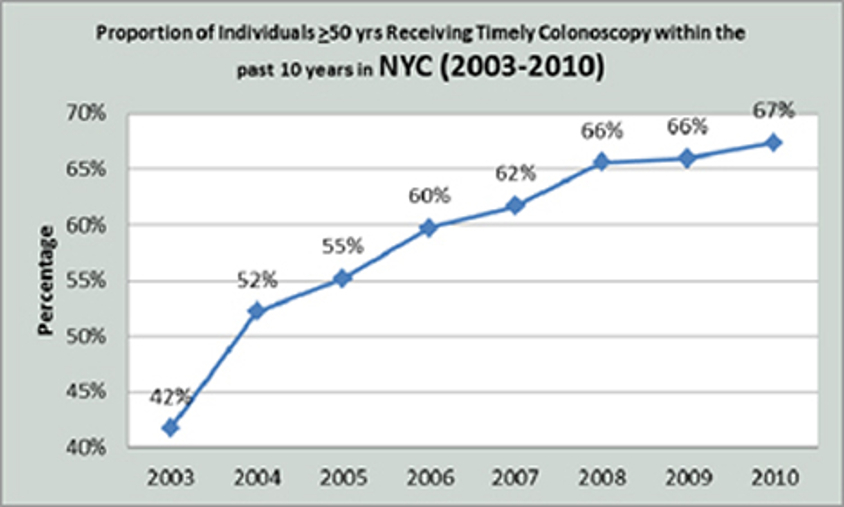 “Colon cancer is preventable, treatable and beatable,” said HHC President Alan D. Aviles. “Since 2003, HHC has aggressively urged New Yorkers who are over 50 to get a colonoscopy and has increased the number of colonoscopies provided to New Yorkers at HHC facilities by almost 400 percent. In the process, our public hospitals are playing a vital role in eliminating racial disparities in colon cancer screening and saving lives.”
“Colonoscopy screening is largely unheard of in the Russian-speaking community,” said Assemblyman Alec Brook-Krasny. “Until recently, colon and rectal cancer prevention programs did not exist in Russia. Russian-Americans are simply unaware of this beneficial procedure. The Russian-speaking population in New York needs to be informed of colonoscopy screening and the ability of preventing colon and rectal cancers. With the help of the Department of Health and the local hospitals, we can educate the Russian-speaking community in preventative screenings.”
“Each year, hundreds of New Yorkers die of colon cancer, the second leading cause of cancer-related death,” said Councilman and Finance Chair Domenic M. Recchia, Jr. “This does not have to be the case given the accessibility to colon screenings provided by public hospitals throughout our city. I’d like to thank the New York City Health Department and Health, Hospitals Corporation for making it possible that more New Yorkers have access to the best preventive measures that will ensure a long and healthy life.”
Colorectal cancer is the second deadliest cancer, killing approximately 1,400 New Yorkers each year. But colonoscopy screening saves lives. Colonoscopies detect precancerous polyps—abnormal growths in the colon or rectum— which can then be removed before they turn life-threatening. This test also detects cancer early, and when found at an early stage, colon cancer is 90% curable. People should begin screening at the age of 50, or younger than that for those who are at high risk. In the last five years alone, HHC doctors have performed more than 105,000 colonoscopies and removed pre-cancerous polyps from more than 22,000 patients. HHC is committed to colon cancer prevention and early detection and colonoscopies are available at little or no cost year round at all 11 public hospitals, including Coney Island Hospital.
Over the past decade the disparity in colonoscopy rates between whites, Asians, African-Americans, and Hispanics has vanished. In 2003, Asians had a colonoscopy rate of 24%; African-Americans were at 35%; and Hispanics were at 38%, compared with whites at 48%. By 2010 these inequalities were eliminated, and the rates for all of these groups are now statistically the same as the rate for whites. Progress has been slower among smaller ethnic subgroups in New York City, such as the Russian-speaking community, whose colonoscopy rate of 56% is ten percentage points below the citywide average, according to the Health Department’s Community Health Survey.
To address this inequality, the Health Department and Health and Hospitals Corporation have joined to get the word out to the Russian community. The Health Department is also partnering with New York University School of Medicine to work with community groups and key leaders in the City’s Russian-speaking community to better understand their low colonoscopy screening rates. The initiative aims to determine why some people in the Russian-speaking community are getting screened, and others are not. The information gathered will help shape strategies to address barriers to screening with the goal of increasing screening rates for this community and to continue the progress seen citywide.
To reduce your risk of colon cancer:

For more information on where to go for colon cancer screening please call 311 or search for “Colonoscopy” on NYC.gov.