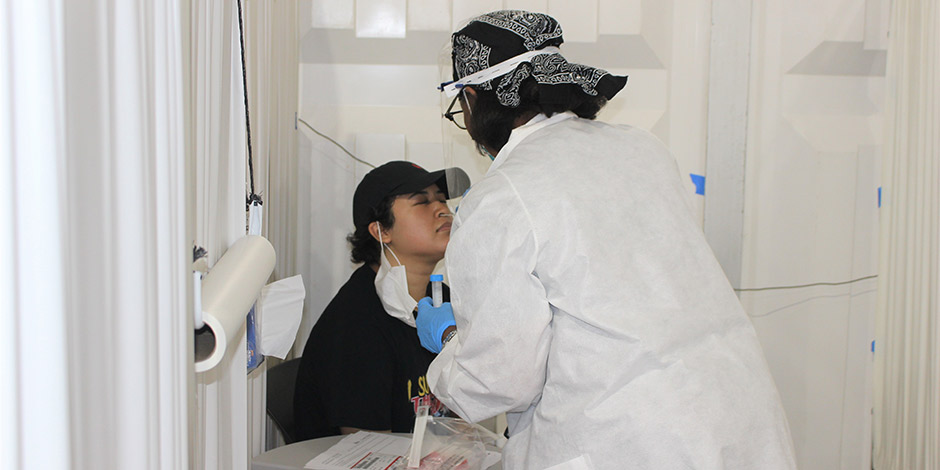 The City will now have the capacity to test up to 50,000 New Yorkers per day, Mayor de Blasio announced today, building on the city’s commitment to test, trace, and treat all positive cases of COVID-19. The City will also now activate the next stage of its hyper-local response in the Rockaways and Sunset Park. The first two-week pilot initiative, launched in the Tremont, Bronx neighborhood, tested over 7,400 New Yorkers. All 200 positive cases received immediate, on-site counseling, allowing them to immediately safely separate and receive assistance through supportive services, such as food and financial counseling

“Widespread testing and tracing is the key to reopening our city safely,” said Mayor Bill de Blasio. “Getting tested isn’t just about taking care of yourself—it’s a civic duty to your fellow New Yorkers. We have made testing as fast and convenient as possible to ensure New Yorkers have the tools they need to protect themselves and their loved ones.”

The Test & Trace Corps is the City’s comprehensive effort to test, trace, and treat every case of COVID-19. Through a partnership with NYC Health + Hospitals and the Department of Health and Mental Hygiene, the Corps allows the City to immediately isolate and care for those who test positive for the virus and then rapidly track, assess, and quarantine anyone they may have infected.

The Test & Trace Corps is aiming to reach at least 90% of all positive cases and have at least 75% of all cases complete intake and isolate.

For the week ending July 18th, the Test & Trace Corps successfully reached 89% of all cases. Seventy-one percent of these cases who were reached completed intake. These completed interviews have allowed tracers to identify and reach more than 2,137 symptomatic people and help them quickly isolate, potentially preventing as many as 5,000 new COVID-19 cases in New York City.

Additional information on the Test & Trace Corps, including program metrics, is available here.

The City will open four new testing sites with the urgent care partner Medrite. The following sites will launch Monday, July 27th, with operating hours between 8:00 AM – 8:00 PM.

With labs like Bioreference and Quest now using pooled testing, and the City’s Test & Trace Corps efforts to expand lab capacity, the average citywide turnaround time for a COVID-19 test is now down to a median of two days.