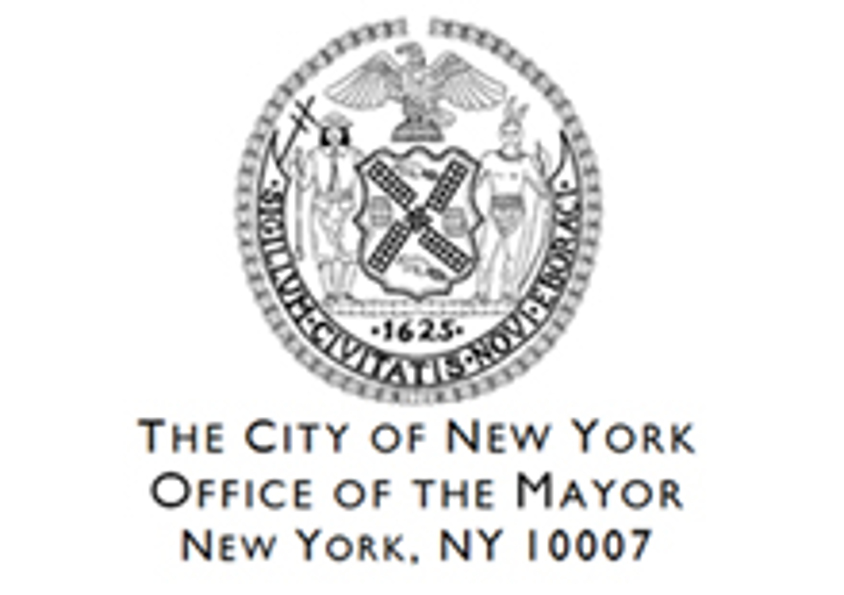 Mayor Michael R. Bloomberg, Deputy Mayor for Health and Human Services Linda I. Gibbs and HHC President Alan D. Aviles today marked completion of the main construction phase for one of the largest major public hospital modernization projects in the city’s history at the opening of the new Harlem Hospital Center Mural Pavilion. The new $325 million healthcare facility will expand access to preventive health services, emergency room care and specialty care and is equipped with state-of-the-art technology. The Pavilion, which will address the community’s high rates of asthma, cancer, diabetes, heart disease, HIV/AIDS, and stroke, also features historic murals by African-American artists that have been restored and are reflected in the block-long glass façade of the new facility. The Mayor and President Aviles were joined at the ribbon-cutting ceremony by Harlem Hospital Center Executive Director Denise C. Soares, HHC’s new Global Ambassador Kasseem “Swizz Beatz” Dean, Congress Member Charles B. Rangel, Senator Bill Perkins, Assembly Member Keith Wright and Manhattan Borough President Scott Stringer.
“Making sure that New Yorkers have the best public hospital system in the nation is one of our most important priorities,” said Mayor Bloomberg. “This renovation will not only continue Harlem Hospital’s proud legacy for future generations, but also help us meet our commitment to reducing health disparities and meeting the health needs of all New Yorkers in a beautiful, welcoming environment.”
“Today’s ribbon-cutting celebrates a commitment this Administration made to the Harlem community,” said Deputy Mayor Gibbs. “As one of the largest public hospital modernization projects in our city’s history, this pavilion will provide top-notch care, right in the heart of the community, to many of the New Yorkers who need it most.”
“HHC made a commitment to this community and today we are pleased to present the new Harlem – a modern hospital with a therapeutic environment for patients and the efficient design that helps our highly skilled, deeply committed staff provide safe, high quality care for Harlem residents,” said HHC President Aviles.
“Harlem Hospital Center is the medical facility of choice for this community and with the opening of The Mural Pavilion, we’re giving this community the respect and level of healthcare it deserves,” said Denise C. Soares RN, MA, Executive Director of Harlem Hospital Center.
The new six-story, 195,000-square foot Pavilion connects two major hospital buildings, the Martin Luther King, Jr. Pavilion and the Ronald H. Brown Ambulatory Care Pavilion, creating one large, integrated campus for the 286-bed Harlem Hospital Center. The Mural Pavilion houses a number of suites to serve the hospital’s 232,353 annual outpatient visits, including the Bariatric Center of Excellence, surgical clinics, women’s imaging department, and pre-admission testing suites. A new chronic hemodialysis unit will double patient capacity and one of the floors will have the new adult intensive care and burn units with private single beds and bathroom facilities in each room. The Pavilion will also house the new Adult and Pediatric Emergency Departments and the hospital’s Level 1 Trauma Center, which will be fully completed by 2013. The Mural Pavilion was designed by architectural firm Hellmuth, Obata + Kassabaum, Inc. and the Dormitory Authority for the State of New York (DASNY) were the program managers for the modernization project and were responsible for budget oversight, consulting architects, engineers and the construction management team. 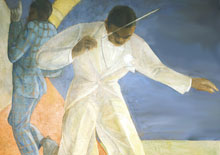 The Mural Pavilion also features a special public art gallery space to showcase the hospital’s historic Works Progress Administration’s Federal Art Project (WPA) murals. Originally created in the 1930s, these powerful artworks were the first major commissions awarded to African-American artists by the U.S. government and were removed to undergo restoration six years ago. Harlem’s WPA murals by artists Vertis Hayes, Alfred Crimi, and Charles Alston are now fully restored and on permanent display in the hospital’s Mural Gallery. The culturally and historically significant 1937 mural – Recreation in Harlem by Georgette Seabrooke – is also on exhibit in the atrium while it undergoes restoration.
The ribbon-cutting is one of a day-long series of events to celebrate the opening of the new facility. After the ribbon-cutting ceremony, tours of the new facility will be offered to the public. Sponsored by Harlem Hospital, The Fund for HHC, and a host of distinguished supporters, the evening event will honor Dr. John W.V. Cordice for his pivotal role as a member of the surgical team that saved the life of the Reverend Dr. Martin Luther King, Jr., after he was stabbed in 1958. The fundraiser, which will begin with a celebratory gathering on the Pavilion’s stunning terrace, will also mark the first public appearance by Kasseem “Swizz Beatz” Dean as the Global Ambassador for HHC. Mr. Dean, a famed musical producer, visual artist, and philanthropist, has announced his commitment to help HHC and The Fund for HHC deepen their positive healthcare messages and their resonance for young people.
Elected officials who supported the modernization and restoration of murals include: Congressmen Rangel, $9 million for construction of Mural Pavilion and restoration of WPA panels; NYC Council Manhattan Delegation, $4.2 million for restoration of WPA panels; Borough President Scott Stringer, $450,000 for restoration of WPA panels and Assembly Member Keith Wright $50,000.

About Health and Hospitals Corporation

The New York City Health and Hospitals Corporation (HHC) is a $6.7 billion integrated healthcare delivery system with its own 420,000 member health plan, MetroPlusHealth, and is the largest municipal healthcare organization in the country. HHC serves 1.4 million New Yorkers every year and more than 475,000 are uninsured. HHC provides medical, mental health and substance abuse services through its 11 acute care hospitals, four skilled nursing facilities, six large diagnostic and treatment centers and more than 70 community based clinics. HHC Health and Home Care also provides in-home services for New Yorkers. HHC was the 2008 recipient of the National Quality Forum and The Joint Commission’s John M. Eisenberg Award for Innovation in Patient Safety and Quality.

About The Fund for HHC

The Fund for HHC is the philanthropic arm of the New York City Health and Hospitals Corporation (HHC) that secures external support for a variety of HHC programs and awareness-building efforts. The Fund for HHC is a catalyst for innovative approaches to help HHC patients gain improved access to safe, high-quality healthcare. The Fund works closely with HHC clinical management staff to identify projects that align with HHC’s mission and strategic priorities, and to secure financial support for them. The Fund’s funding priorities include: reducing violence, providing youth development opportunities, and raising self-esteem among young men; increasing accessibility to healthcare for adolescents; fostering the powerful healing alliance between healthcare and the arts; and expanding access to comprehensive healthcare for all New Yorkers. For more information, visit http://thefundforhhc.org.
Marc La Vorgna /Samantha Levine (212) 788-2958
Ana Marengo (HHC/Harlem Hospital) (212) 788-3339

Henry J. “Hank” Carter grew up in the Queensbridge Projects, Long Island City, New York. He was educated in the public school system and attended Baruch College. Mr. Carter served in Vietnam, and was awarded the Army’s Good Conduct Medal, a Bronze Star, and other military honors. Upon his return to New York, he began a successful career in the banking industry. Nearly 40 years ago, Mr. Carter visited a friend at Coler-Goldwater Hospital on Roosevelt Island who had been paralyzed by a gun shot. He was touched by the special needs of the patients and residents there, and inspired by their perseverance in the face of extraordinary challenges.
To help alleviate suffering and provide independence and hope, Mr. Carter created Wheelchair Charities, Inc. Through Wheelchair Charities, Hank Carter has donated more than $25 million to HHC for a variety of equipment and programs for patients and residents with profound disabilities. This includes thousands of manual and motorized wheelchairs, specially equipped buses, pressure sensitivity beds, therapeutic equipment, and more than 1,000 state-of-the-art computers that feature voice recognition, zoom-text, and a pointer device to facilitate use by quadriplegic individuals. Many devices are the most technologically sophisticated available and can be operated by the movement of a patient’s eye.
To learn more about the Henry J. Carter Specialty Hospital and Nursing Facility or to schedule an appointment, call (646) 686-0000 or visit www.nychhc.org/carter.