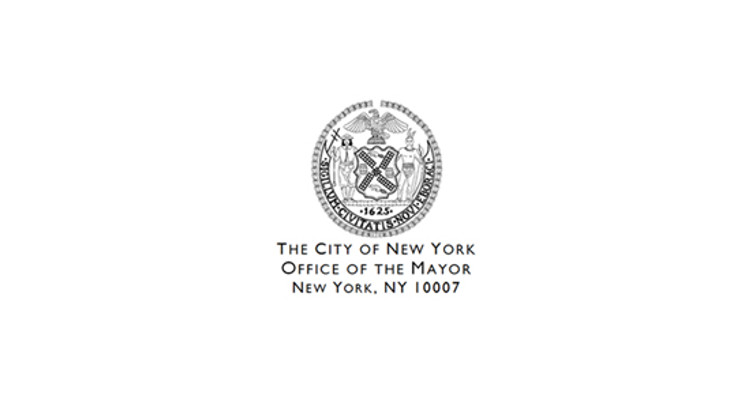 Mayor Bill de Blasio today announced the appointment of five members to NYC Health + Hospitals’ Board of Directors. Effective January 1, 2019, José A. Pagán, Sally B. Hernandez-Pinero, Anita Kawatra, Feniosky Peña-Mora, and Freda J. Wang will join the board. Pagán will serve as Chair. The new board members bring expertise from both the private and public sectors, including health policy and delivery, community development, engineering, health communications, and municipal finance and infrastructure. Board members are responsible for overseeing the strategic goals of the public health care system toward its continued transformation and growth, an agenda spearheaded by NYC Health + Hospitals President and CEO Dr. Mitchell Katz, under the leadership of the New York City’s Deputy Mayor for Health and Human Services Dr. Herminia Palacio.

“Today is an exciting moment for NYC Health + Hospitals. This new board will help accelerate the transformation plan we’ve launched to be a 21st century healthcare delivery system,” said Deputy Mayor for Health and Human Services Dr. Herminia Palacio. “The skills and experiences of incoming board members will serve the healthcare delivery system well. I look forward to working with them, and I want to express my sincere gratitude to the outgoing board members for having served with dedication.”

“We look forward to the addition of the five newly appointed board members, who will bring their own fresh perspectives and enthusiasm to the oversight of our cherished public health system,” said Dr. Mitchell Katz, President and Chief Executive Officer of NYC Health + Hospitals. “At the same time, it’s an honor to publicly thank the members who will complete their service to the board in December. They have each given so generously of their time and expertise over many years in support of our health system’s mission to serve all.”

“Joining the board of NYC Health + Hospitals is an incredible honor, particularly because I’ve dedicated my career to helping people get better access to health care,” said José Pagán. “I would like to extend my gratitude to Mayor de Blasio for this appointment, and I look forward to working with my fellow board members to improve New York City’s public healthcare system.”

“I am grateful that Mayor de Blasio has asked me to support his efforts to ensure that all New Yorkers have access to quality health care,” said Sally Hernandez-Piñero. “As the largest public provider of health care in the nation, it is critically important that we continue to elevate NYC Health + Hospitals’ ability to fulfill its mission.”

“As a native New Yorker who has spent much of my professional life working to advance global health in areas of unmet medical need, it is an honor to be serving the nation’s largest public health care system here at home,” said Anita Kawatra. “I thank Mayor Bill de Blasio for this appointment and for his leadership in health and human services, and I look forward to working with fellow board members to advance the mission of NYC Health + Hospitals.”

“NYC Health + Hospitals serves an incredibly important role in our city, and I am honored to contribute any way I can to the mission of the organization,” said Feniosky Peña-Mora. “I would like to thank Mayor de Blasio for his trust and look forward to working with both current and incoming board members in advancing the transformational goals of this venerable institution.”

“It’s an honor to join an organization that strives to improve the lives of New Yorkers every day,” said Freda Wang. “I would like to thank Mayor de Blasio for this appointment and look forward to bringing my experience and skills to the board and help ensure NYC Health + Hospitals continues on its path towards its ongoing transformation.”

About José A. Pagán

José A. Pagán, PhD, is Professor and Chair of the Department of Public Health Policy and Management in the College of Global Public Health at New York University. He is also Adjunct Senior Fellow of the Leonard Davis Institute of Health Economics at the University of Pennsylvania and Chair of the National Advisory Committee of the Robert Wood Johnson Foundation’s Health Policy Research Scholars. Pagán is a health economist who has led research, implementation and evaluation projects on the redesign of health care delivery and payment systems. He is interested in population health management, health care payment and delivery system reform, and the social determinants of health. He is currently a member of the Committee on Systems Approaches to Improve Patient Care by Supporting Clinician Well-Being at the National Academies of Sciences, Engineering, and Medicine. He also has served on the Board of Directors of the Interdisciplinary Association for Population Health Science and the American Society of Health Economists.

Sally Hernandez-Piñero began her career at Bedford-Stuyvesant Community Legal Services as a Staff Attorney, before joining former Mayor David Dinkins’ Administration as Deputy Mayor for Finance and Economic Development. There, she was involved in all key policy, legislative and budgetary decisions made by the administration.

Anita Kawatra is the chief architect of global communications for the International AIDS Vaccine Initiative (IAVI), advising the board of directors, CEO, and senior management team on all aspects of external and internal communications and global engagement. She maintains relationships with core constituencies around the world and oversees the organization’s publications. Prior to joining IAVI, Kawatra had a 20-year career in life sciences and pharmaceuticals. As executive vice president at Edelman, she advised global health care firms on communications and public affairs. In her 12 years at Elan Pharmaceuticals and its spinoff, Prothena Biosciences, she headed Elan’s scientific relations, public affairs, and corporate marketing and communications; then served as head of external affairs and adviser to the CEO of Prothena. Prior to joining Elan, Kawatra oversaw corporate and executive communications at Merck and media relations and crisis management at Merck-Medco.

Kawatra served in the administrations of New York City Mayor David Dinkins and New York Governor Mario Cuomo. She was Mayor Dinkins’ chief of staff following his tenure in office. She is a longtime board member of Sanctuary for Families and a mayoral appointee to GrowNYC. Kawatra holds a BA from Yale University and an MA from Columbia University. She served for 10 years as an adjunct professor at New York University.

Feniosky Peña-Mora is the Edwin Howard Armstrong Professor of Civil Engineering and Engineering Mechanics, Professor of Earth and Environmental Engineering, and Professor of Computer Science at Columbia University. He also directs the Center for Buildings, Infrastructure and Public Space at Columbia. From 2014 to 2017, he was on a public service leave serving in Mayor Bill de Blasio’s administration in the role of Commissioner of New York City’s Department of Design and Construction (DDC). Prior to his public service leave at DDC, he was the Dean of the Fu Foundation School of Engineering and Applied Sciences and Morris A. and Alma Schapiro Professor of Engineering at Columbia University. He has also served as Associate Provost and the Edward William and Jane Marr Gutgsell Endowed Professor at the University of Illinois at Urbana-Champaign and the Gilbert W. Winslow Career Development Professor at the Massachusetts Institute of Technology.

Peña-Mora is the author or co-author of more than 220 scholarly publications. He holds six patents and one provisional patent. He is the recipient of multiple awards, including the Presidential Early Career Award for Scientists and Engineers (PECASE), National Science Foundation CAREER Award, Walter L. Huber Civil Engineering Research Prize of the American Society of Civil Engineers, the ASCE Computing in Civil Engineering Award, and the ASCE Construction Management Award. He is a fellow of the Chartered Institute of Buildings (CIOB) as well as elected member of the Dominican Republic Academy of Sciences, and the United States National Academy of Construction. He earned his Master of Science and Doctor of Science degrees in Civil Engineering from the Massachusetts Institute of Technology.

Freda Wang is a Managing Director in Goldman Sachs’ Public Sector & Infrastructure Group within the Investment Banking Division. Prior to joining Goldman Sachs, she was a Managing Director and Head of Structured Banking within the Municipal Securities Group at UBS. Wang has spent more than two decades focusing on providing investment banking services to some of the country’s largest public sector organizations, including state and local governments, public utility systems, transportation and mass transit agencies, and other public and quasi-public organizations. Over the course of her career, Wang has helped numerous governmental, corporate and nonprofit clients solve complex financing challenges related to public projects.

An active mentor, especially to women in the public finance sector, Wang champions the recruitment of diverse professionals into the finance field and dedicates time to their professional and personal growth. She also serves as Treasurer and Board member of FUSE Corps, a national non-profit that partners with local governments to help urban communities thrive through an executive fellowship program. Freda earned a BA in urban studies with a concentration in economics from Columbia College of Columbia University.