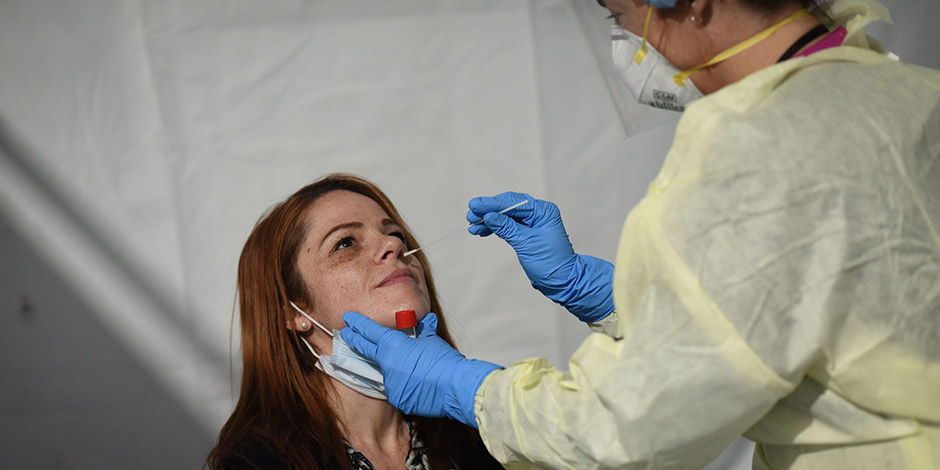 “There’s no challenge too big for New Yorkers – and I’m proud to see our medical and manufacturing community join forces to make our city a self-sufficient source of the tests we’ll need to get through this crisis,” said Mayor de Blasio. “Rebuilding a fairer and better New York City starts with conducting a rigorous testing program in every borough, and they’ll help us ensure a safe and responsible recovery.”

Testing kits primarily consist of two main components: a nasopharyngeal swab to collect a sample and a tube of transport medium, a liquid that preserves the collected sample while it is transferred to a lab for testing.

In close coordination with NYC Health + Hospitals (H+H), the New York City Economic Development Corporation (EDC) is working with Manhattan-based Print Parts to produce swabs. EDC is also partnering with the Albert Einstein College of Medicine in the Bronx to produce transport medium. EDC will contract with a local company to assemble the two components into completed kits.

The City has also identified interim sources of transport medium and is in conversation with other local manufacturers to create testing supplies.

“Large-scale testing is absolutely critical for New York City’s reopening and recovery,” said James Patchett, president and CEO of the New York City Economic Development Corporation. “Local production of these test kits is another example of how the City has tapped into the creativity and innovation of NYC businesses and institutions to solve what seemed to be an insurmountable challenge. Whether it is test kits, face shields, gowns or bridge ventilators, we’ve seen firsthand the extraordinary ability of New York City to adapt and rise above. At EDC we’re incredibly proud to be part of these efforts that exemplify the very best of our city.”

“These critical testing supplies will ensure that NYC Health + Hospitals can continue to prioritize testing to vulnerable and at-risk populations during our response to the COVID-19 pandemic,” said NYC Health + Hospitals President and CEO Mitchell Katz, MD. “We are grateful for this collaboration as it is a shining example of how the private sector has supported the public health system and our heroic healthcare workers.”

Print Parts, an additive manufacturing service, is producing 3D printed swabs based on a clinically validated design from EnvisionTec and Beth Israel Deaconess Medical Center in Boston. It is expected to deliver 30,000 swabs at the end of this week and will ramp up to 50,000 a week in subsequent weeks.

Albert Einstein College of Medicine is complimenting those efforts by following a CDC protocol to produce transport medium for the testing kits. Initial production will begin this week and will produce at scale after further testing and approval.

In only three weeks, EDC worked closely with the New York City Department of Health and Mental Hygiene and H+H to create a local supply chain producing swabs, an essential testing component. EDC spoke with experts in 3D printing and consulted with medical, laboratory, and manufacturing experts across the country.

“We are honored to support New York City during these difficult times,” said Robert Haleluk, founder and CEO of Print Parts. “We have been working closely with the city government and various industry partners to rapidly scale our production capabilities and begin providing these critical testing supplies that will be essential to getting our city back on its feet.”

“Albert Einstein College of Medicine is proud to participate in this important initiative spearheaded by Mayor de Blasio. It’s critical for all of us to play our part in blunting the force of the unprecedented COVID-19 pandemic on New York City,” said Gordon F. Tomaselli, M.D., The Marilyn and Stanley M. Katz Dean at Albert Einstein College of Medicine, Executive Vice President and Chief Academic Officer at Montefiore Medicine. “Tapping into our resources and the talents of our scientists, we are pleased to contribute to this effort to expand testing, with the goal of reducing the spread of infection and easing the burden of this deadly disease on our community.”