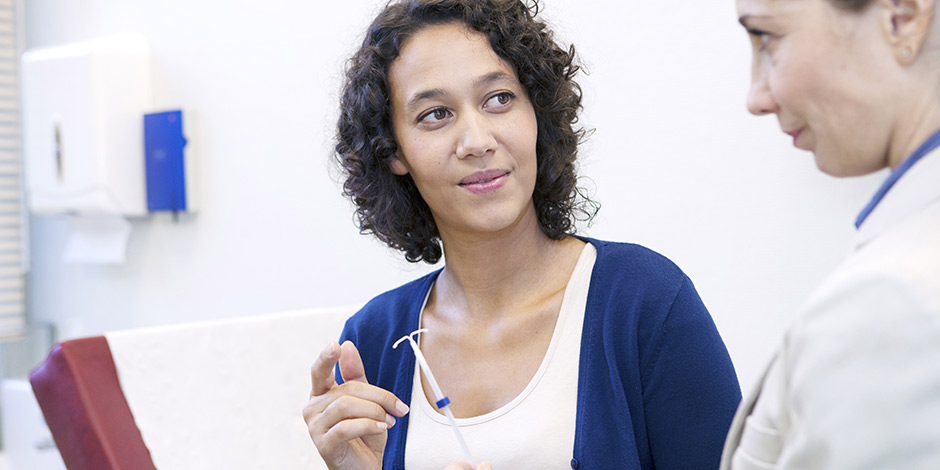 First Lady Chirlane McCray and NYC Health + Hospitals today announced a new initiative aimed at increasing access to birth control in the City’s public hospitals, doubling down on the City’s commitment to be a national leader in reproductive rights.

This fall, the City’s public health system — the largest in the nation — will increase its stock of long-acting reversible contraceptives at all 11 of the city’s hospitals and its six ambulatory care centers, making these contraceptive devices available to women who request them during their primary care visit. Nearly half of all pregnancies in the United States are unintended. Long-acting reversible contraceptive methods, like intrauterine devices (IUD) that are implanted in women, are over 99 percent effective and can be removed at any time.

“With our constitutional rights at serious risk, it’s time for cities and states to step up to protect the health and well-being of women and their families,” said First Lady Chirlane McCray, co-chair of New York City’s Commission on Gender Equity. “These new steps will help prevent unintended pregnancy in New York City and allow women to care for themselves and their loved ones. Beyond that, we are sending a clear message: New York City will not stop fighting for the health and wellness of women and families. Cities across the country can and should follow our lead.”

Having effective contraceptive methods readily available ensures that women and families in New York City face fewer barriers to the critical reproductive health care they want and need,” said Dr. Herminia Palacio, Deputy Mayor for Health and Human Services. “These new initiatives demonstrate our City’s continuing commitment to streamline and ultimately increase women’s access to birth control, at a time when the Trump administration is making clear attempts to roll back access.”

“While I made my choice to specialize in OB/GYN many years ago, my passion for the field — and its important role in helping women make life-altering decisions — is just as strong today, which is why I’m excited about our enhanced commitment to greater and easier access to all classes of contraception, including the most efficient and reliable,” said Dr. Machelle Allen, chief medical officer of NYC Health + Hospitals. “Each woman is different, having differing needs and lifestyles. We at Health + Hospitals are committed to providing choice, which implies access to all options. As women’s reproductive options are being challenged across the country, I’m proud that we in New York continue to expand, not contract, these options.”

Under its initiative, Health + Hospitals will purchase 13,000 contraceptive devices over the next three years – more than doubling the system’s current supply. Health + Hospitals currently serves approximately 113,000 female patients of reproductive age (13 –49 years) across the public health system’s ambulatory care centers and neighborhood clinics in the five boroughs. The increase in contraceptives will help protect nearly 5,000 more women against unwanted pregnancy. The initiative will also include:

“Every New Yorker has the right to access comprehensive, affordable, and culturally-competent reproductive rights services,” said Jacqueline Ebanks, Commissioner of NYC’s Commission on Gender Equity. “We applaud First Lady McCray and the de Blasio Administration for putting the reproductive rights of New Yorkers first, and helping ensure more people have control over their reproductive health care, regardless of their gender identity or expression.”

State Senator Liz Krueger said, “Ensuring that women have the freedom to control their own reproductive choices is vital to achieving equality and improving the lives of New York families. I am thrilled that NYC Health + Hospitals will be increasing access to contraceptive options. In the face of gathering threats from Washington, it is more important than ever for New York City and State to protect reproductive liberty for all.”

“I commend the de Blasio Administration for making a priority to increase access birth control access that meets people where they are. New Yorkers deserve every opportunity to be healthy and to plan for a bright future that includes when and if to have children,” said Senator Roxanne Persaud.

“The lives of too many women, especially young women, are changed dramatically – and not always for the better – because of the lack of birth control. The decision whether or not to become pregnant is out of a woman’s hands. This program, through the city’s public health system, goes a long way to alleviating that issue. I salute First Lady Chirlane McCray and the de Blasio administration for this sensible and much needed initiative,” said State Senator Luis Sepulveda.

“With a Federal Administration that is committed to eroding reproductive rights and access to health care, it is incumbent on our City and State to protect New Yorkers from harmful and misguided policies,” said Assembly Member Deborah J. Glick. “I applaud the de Blasio Administration’s action to expand access to contraceptives at NYC Health + Hospital facilities. I eagerly await a newly seated State Senate to follow this example and join the Assembly in passing the Reproductive Health Act to make certain women’s health and autonomy are always valued in New York.”

“Mayor de Blasio is strengthening New York City’s commitment to women’s reproductive health care by increasing access and choice,” said Assembly Member Richard N. Gottfried, chair of the State Assembly Health Committee. “This is a model for communities across the state and the country.”

“Access to contraceptive care is fundamental to every woman’s health and well-being. Unplanned pregnancies bring with them extremely serious social and economic costs,” said Council Member Helen Rosenthal, Chair of the Committee on Women. “As reproductive rights and healthcare are under assault at the federal level, it is reassuring to know that the City is acting to make it easier for women to care for their health and engage in family planning. Hopefully this approach will be seen across the country.”

“The City’s measures to expand contraceptive options in the public health system takes an important step to erase the stigma of reproductive choice that the federal administration is attempting to roll back,” said Council Member Margaret S. Chin, co-chair of the Women’s Caucus. “In the face of nationwide attacks on women’s reproductive rights, our City is delivering on its commitment to protect women’s health and agency over their bodies and futures.”

“Every New Yorker deserves access to the birth control they need to build their own future and make the sexual and reproductive health decisions that are best for themselves and their lives,” said Laura McQuade, President and CEO, Planned Parenthood of New York City. “As one of the city’s leading sexual and reproductive health care providers, Planned Parenthood of New York City applauds the de Blasio administration and NYC Health + Hospitals for advancing this important initiative to increase birth control access for New Yorkers. We also want to thank First Lady Chirlane McCray for her leadership during these challenging times. With our sexual and reproductive futures threatened like never before, we are grateful for New York City’s partnership and its commitment to our reproductive freedom.”

“After years of working at the local level to secure comprehensive sexual education and access to quality reproductive medical care for cis and trans girls and women of color, we’re happy to see that policymakers are launching these critical new initiatives,” said Joanne Smith, Founding President and CEO of Girls for Gender Equity. “Currently, girls and women of color face a disproportionate lack of access to these resources – we are so glad to see the de Blasio Administration meeting cis and trans women and girls of color where they are.”

“This is great news for young people in NYC,” said Debra Hauser, President of Advocates for Youth. “Young people have the right to lead healthy lives and plan their futures, and that means contraception needs to be affordable and easy to get. These are some good steps in that direction by the Mayor’s office and First Lady McCray.”