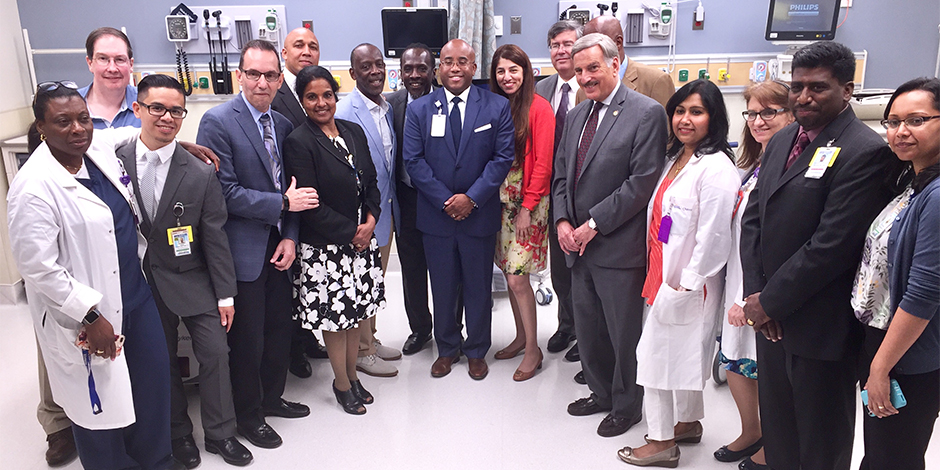 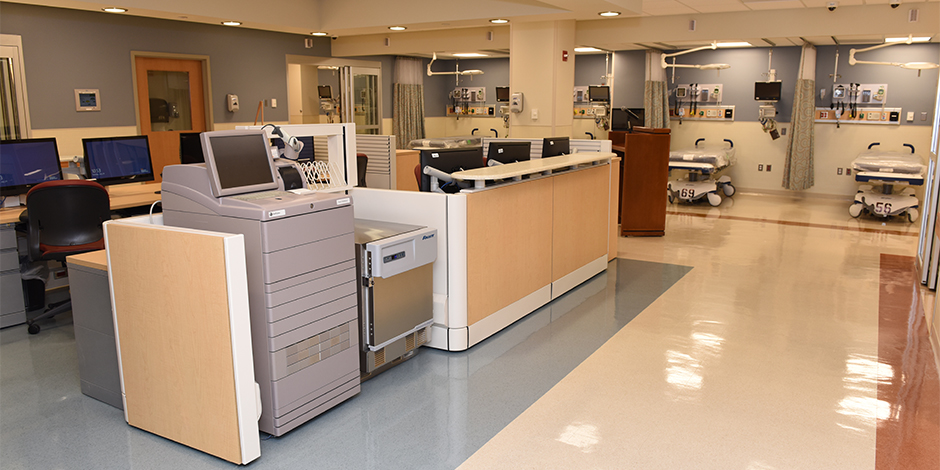 “While as a health system we aim to reduce the need for emergency room care by keeping people healthy and managing their chronic conditions through regular visits to a primary care clinician, people will always need emergency care,” said Mitchell Katz, MD, president and chief executive officer of NYC Health + Hospitals. “This expansion will help us better serve those who entrust us with their care at some of life’s most difficult moments, and we are privileged to help them at such times.”

“NYC Health + Hospitals/Queens has a proven record of high-quality, culturally competent and patient-centered medical care for Queens families,” said Borough President Katz. “A facility that can accommodate the needs in the Emergency Department will allow its dedicated staff to better serve the growing communities of Queens.” Her office’s $2.5 million allocation includes $2 million for construction and $500,000 for medical equipment, including ventilators, crash carts, infusion pumps, an EKG machine, and IV poles.

“NYC Health + Hospitals/Queens’ Emergency Room Phase 1 completion represents more than a physical expansion of our ER,” said Dr. Moshirpur. “The new setting allows for the comprehensive treatment of all emergencies seen on a daily basis, and it takes into account an enhanced patient experience. We want to emphasize not only a better equipped Emergency Room, but also one that leaves our patients feeling reassured and well cared for.”

“This expansion is a significant milestone for both our Emergency Department and our hospital,” said Mr. Roker. “The growing demand for our Emergency Department services has outstripped the present space, yet despite these challenges, we have continued to expand our services, including adding an Observation Unit. We also have one of the best turnaround times for ambulances in the city. We’ve worked hard to earn our reputation as the premier community hospital in the borough, a place where all health care needs can be met efficiently in a caring and compassionate environment.”

The Emergency Room Expansion Project will cost a total of $5.8 million, and its construction was funded through a combination of sources: $2 million from the Queens Borough President’s office, $1,413,850 from the City Council, and $2.4 million in City funding for capital spending.

In Phase 2 of the project, non-emergency spaces will be relocated, three asthma cubicles will be added, and two existing Adult Triage rooms and adjacent corridors will be renovated. In Phase 3, a new Emergency Department pod will be created, featuring six new cubicles, five exam rooms, a nurse station and workroom, a medication room, and expanded space for a workstation, break area, and locker room for the growing number of physician assistants. Lastly, in Phase 4, the existing nurse station will be renovated and reconfigured, and existing cubicles will be refurbished.

Dr. Holson noted that this expansion builds on recent advances: “Over the last year, we instituted the Early Care model, which places clinicians up front to see patients immediately upon arrival. Patients receive the traditional triage plus a focused medical screening exam and initial orders. We have decreased the time to provider by 50 percent, from 60 minutes to less than 30 minutes, and we have reduced our walk-out rate from 4.6 percent to 3.3 percent. Expanding the Emergency Department will allow us to continue to give excellent care to our patients in a state-of-the-art facility, while improving our patient experience and enhancing staff morale.”

“The increased space will be welcome by staff and patients alike,” said Mr. Mihaltses. “We will now have three nurse stations instead of one, 19 exam cubicles—five more than previously—three isolation rooms, and seven exam rooms. There will be a new HIV room, a new resuscitation room, a new finance office, an attending room, an ED administration office, an emergency preparedness room, and a new conference room. We will also be adding a protective glass awning for ambulances entering the Emergency Room.”

A member of NYC Health + Hospitals, NYC Health + Hospitals/Queens is a major healthcare provider in the borough of Queens. Its foremost mission is to provide quality, comprehensive care to all members of the public regardless of their ability to pay. In 2015 NYC Health + Hospitals/Queens marked its 80th anniversary of serving the communities of central and southeastern Queens, having first opened its doors as Queens General Hospital in 1935. Newly modernized – the result of a four-year, $149 million capital project – the hospital officially reopened its doors to the community in January 2002 with a sprawling state-of-the-art facility. Encompassing 360,000 square feet, it is now comprised of 301 licensed beds, spacious ambulatory care suites featuring both primary and specialty services, and cutting-edge equipment. It also houses four Centers of Excellence in Cancer Care, Diabetes Management, Women’s Health and Behavioral Health. To learn more about NYC Health + Hospitals/Queens, visit http://www.nychealthandhospitals.org/queens.