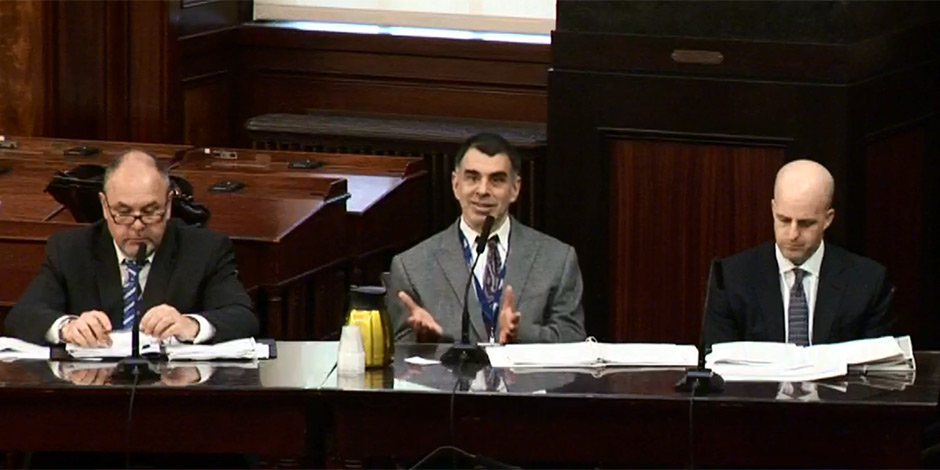 Dr. Katz said that patient care revenue has been increasing and that the system has also achieved more than $250 million in reduced expenses this past year. He also noted the significance of the delay of Federal Disproportionate Share Hospital payment cuts, which will increase revenue by a projected $700 million over the next two years.

“I was charged by the Mayor to take the work of transformation to another level…in order to ensure long-term stability and quality,” Dr. Katz said in written testimony presented to the City Council. “Our doctors, nurses, social workers, pharmacists, and other professionals are committed to Transformation, and I want to work with all of you here to make the ‘system’ as good as the people working in it.”

Dr. Katz told the City Council that he’s “doubling down” on successful strategies in the One New York: Health Care for Our Neighborhoods report and that the new balanced financial plan relies less on staff reductions than prior plans. Instead, the plan continues administrative savings through targeted attrition, managerial reductions, and cutting consultant costs and makes strategic investments to grow revenue through the existing patient population. He also reinforced his plans to help hospitals flourish, not close, and his commitment to no layoffs of unionized employees.

Dr. Katz’s testimony outlined details of his seven-point financial plan and the following financial targets to:

Earlier this week, the health system also announced details of some of its new, aggressive revenue-enhancing approaches involving private insurance plans, including a new contract with Empire BlueCross BlueShield HealthPlus that secures better rates and terms, and the pursuit of arbitration against United Healthcare seeking payment of more than $11 million for wrongfully denied bills. The health system also announced this week the launch of a campaign, DOCS4NYC, to recruit new primary care doctors, a key component of its plan to grow patient care revenue.

Last year, the public health system, the largest in the country, provided care for more than 1 million New Yorkers, of which approximately 415,000 were uninsured. The system had more than 5 million outpatient visits, 1 million emergency room visits, and more than 190,000 patient discharges, and it delivered more than 17,000 babies.

“I am confident that through our actions, Health + Hospitals will be a healthier, more resilient and balanced organization that will care for New Yorkers far into the future,” Dr. Katz said in his testimony.