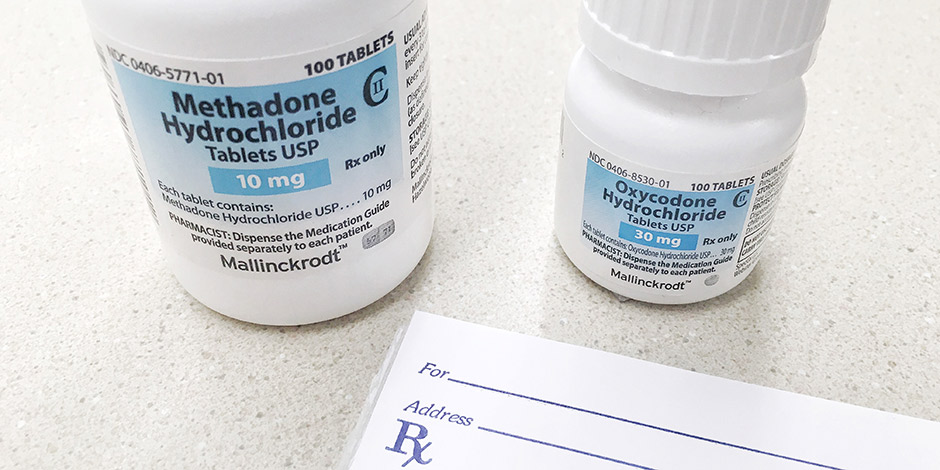 New York City Health + Hospitals/Correctional Health Services (CHS) hails a new partnership that is allowing patients receiving methadone maintenance treatment in the City’s jail system and who are to serve a sentence of fewer than two years in state custody, to continue to receive methadone maintenance while in the state prison system. Operating the nation’s first and largest jail based opioid treatment program, Correctional Health Services oversees the care of approximately 6,000 patients with an opioid use disorder in New York City jails annually. Because methadone historically has been unavailable in New York State correctional facilities, patients transferring from city jails to state custody customarily needed to be tapered off of methadone prior to serving a prison sentence. Launched in May 2019, a new city/state/private partnership among CHS, New York State Department of Corrections and Community Supervision (DOCCS), New York State Office of Alcoholism and Substance Abuse Services (OASAS), Lexington Center for Recovery, and UHS New Horizons, enables continued treatment of certain patients receiving methadone maintenance under CHS to continue treatment without interruption at designated state facilities.

“Methadone maintenance is an established treatment for patients with opioid use disorder that significantly reduces the likelihood of death, disease transmission, relapse, and reincarceration,” said Dr. Patsy Yang, Senior Vice President for NYC Health + Hospitals/Correctional Health Services. “This partnership is a great step in New York’s efforts to deal with the opioid epidemic, and will allow patients with short state sentences to be maintained while they are in custody and to be more safely released to the community. CHS is honored to be part of this unprecedented collaboration to care for patients in closed settings.”

Under this partnership, patients with an opioid use disorder on methadone maintenance in the New York City jail system and who have fewer than two years remaining on a state sentence or violation of parole, will be accepted into DOCCS custody while on treatment. CHS will act as the clinical bridge to Lexington Center for Recovery which, with UHS New Horizons and in coordination with DOCCS and with OASAS approval, will ensure continuation of treatment to patients while in state custody. Efforts will be made to connect patients to community methadone maintenance programs when they return to New York City at the end of their time in state custody.

“Many of our communities are working hard to provide effective opioid treatment to break the cycle of addiction on the streets, but these same people are then ignored when they end up in the criminal justice system,” said State Senator Luis R. Sepulveda, Chair of the Senate Committee on Crime Victims, Crime and Correction. “We need to end the opioid epidemic and to give incarcerated people access to the same medical and supportive treatment we give to other New Yorkers. It is time to stop stigmatizing individuals who are addicted to drugs, and give them access to the proven treatments that will allow them to live healthy and productive lives.”

“Our obligation to provide basic, lifesaving health care to New Yorkers is the same on both sides of a jail cell wall. I commend the city for taking this bold step to ensure that incarcerated New Yorkers have access to Medication Assisted Treatment, the gold standard of care in combating the disease of addiction,” said Assemblymember Linda B. Rosenthal, Chair of the Assembly Committee on Alcoholism and Drug Abuse. “I am fighting for legislation at the state level to ensure universal access to MAT, and to guarantee that all correctional facilities have robust MAT programming. I applaud the city for pushing forward and helping lead this charge. Incarceration without health care is too often not only a prison sentence, but a death sentence as well, and as a state we have a moral imperative to act now.”

“There is an urgent need for Medication Assisted Treatment in our correctional system with an estimated 6,000 patients with an opioid use disorder in New York City jails alone. Under a new lifesaving partnership between the City and the State, inmates serving sentences of fewer than two years in state custody will be able to continue methadone treatments,” said Assemblymember David I. Weprin, Chair of the Assembly Committee on Correction. “I commend NYC Health + Hospitals and the New York State Department of Corrections and Community Supervision for their collaborative efforts to end the opioid epidemic.”

“It is crucial to provide consistent care and services to individuals transferring from city to state facilities. By enabling those who need it to continue receiving methadone maintenance treatment, this partnership keeps patients healthy and safe,” said Council Member Keith Powers, Chair of the Committee on Criminal Justice. “I applaud NYC Health + Hospitals/Correctional Health Services for taking this positive step to address the opioid epidemic in our correctional system.”

“For too long, the stigma associated with drug use has stifled access to methadone in our communities, and especially in our jails and prisons. Incarceration should never be a justification for denying a person access to medication. We applaud New York City and State for moving forward on this important partnership to expand access to methadone for people who are incarcerated, so that people who use drugs can advance their health and wellness goals and reduce their risk of overdose upon release,” said Alyssa Aguilera, Co-Executive Director, VOCAL-NY.

“This partnership is a crucial step in helping to ensure that more individuals transitioning from New York City’s jail system into the state prison system can access and sustain evidence-based treatment for their opioid use disorder to become and remain well,” said Tracie M. Gardner, Vice President of Policy Advocacy, Legal Action Center.

“As New York and the nation continue to contend with the overdose crisis, it is vital to connect anyone in need of care to effective treatment. KEEP is a model program and this partnership will improve health outcomes within a population that is particularly vulnerable to fatal overdose. We hope that other states and municipalities follow New York’s lead and no longer bar incarcerated individuals from accessing MAT,” said Dionna King, Policy Manager, Drug Policy Alliance.

NYC Health + Hospitals/Correctional Health Services operates one of the largest correctional health care systems in the nation, providing services in 11 jails, four courthouses, and one juvenile facility in New York City. With more than 49,000 admissions and an average daily population of approximately 8,900, CHS delivers health care to patients from pre-arraignment through discharge, including medical and mental health care, substance use treatment, dental care, social work services, discharge planning, and re-entry services 24 hours a day, seven days a week. CHS is an essential partner in the City’s work to reform the criminal justice system.