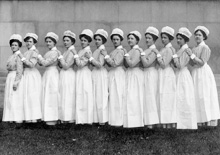 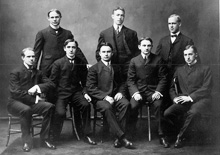 Bellevue Hospital Center, a member of the New York City Health and Hospitals Corporation (HHC), today hosted a reception in honor of its 275th Anniversary. The oldest continuously operating hospital in America, Bellevue traces its roots back to 1736, when a six-bed infirmary opened on the second floor of an almshouse located on the present day site of City Hall. Throughout its history Bellevue has been a center for medical and mental health innovations, and today it is a widely-recognized institution that provides comprehensive patient care to hundreds of thousands of New Yorkers every year.
“Over the past 275 years, Bellevue has grown from a six-bed infirmary to an internationally renowned 828-bed academic medical center,” said Lynda D. Curtis, Bellevue’s Executive Director/Senior Vice President. “The size, scope, and depth of our services have changed, but we continue to define a remarkable tradition of providing the best care to all regardless of their ability to pay. Bellevue’s enduring values of inclusiveness, continuity, responsiveness and visibility are fundamental to a civil and humane society.”
“The storied history of Bellevue is replete with the profound innovations and historic milestones borne of a deep dedication to the science and the humanity of medicine,” said HHC President Alan D. Aviles. “Today, Bellevue and its dedicated staff continue to remind us that we don’t have to choose between equity and excellence in our healthcare system. We can – and at Bellevue, we do – provide the very best of care and turn no one away.”
Some of Bellevue’s key ‘firsts’ include:

Famous people who died at Bellevue:

“Bellevue’s history mirrors the growth of New York City and the development of medical science, showing the vital relationship between public health and the health of the city,” said Bellevue Medical Director Dr. Eric Manheimer. “Over the centuries, Bellevue has served as a major incubator for innovations in public health, medical science, and medical education.”
At the event in the expansive Bellevue atrium, hospital officials announced publication of a 24-page booklet entitled, A Bellevue Timeline: Celebrating 275 Years of Caring for New York, and unveiled a 13-panel banner display highlighting influential physicians and key historical events from each of the eleven quarter centuries of Bellevue’s history.
As part of the recognition events surrounding the 275th anniversary, Bellevue has been recording oral histories in conjunction with StoryCorps, an independent nonprofit organization that records, shares and preserves stories of American life. The interviews conducted at Bellevue will be archived at the American Folklife Center of the Library of Congress and selections will be played at listening stations at Bellevue beginning next year. Selections will also play on the Bellevue/HHC website, as well as the StoryCorps website.
Bellevue is also raising funds for the establishment of a Museum on the Bellevue campus to showcase the narrative of the hospital’s history and display photos and original objects from the Bellevue archive.
Last year, Bellevue Hospital Center provided over a half million clinic visits; 126,000 Emergency room visits; close to 10,000 ambulatory surgeries; and 31,000 inpatient discharges. Almost 30% of clinic visits and 38% of emergency room visits were to uninsured individuals, including the newly unemployed, the undocumented and new immigrants. When Bellevue began serving New Yorkers, it had just two employees — a visiting doctor and a visiting surgeon. Today, Bellevue is a major economic force in the community, employing over 4,700 full time employees and an additional 395 clinical affiliates from the NYU School of Medicine.