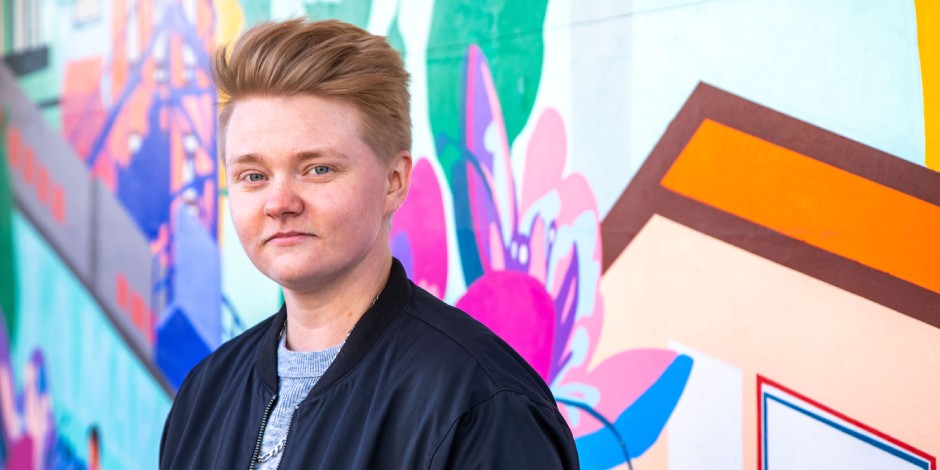 For years, Egan Maguire suffered severe body dysphoria that impacted their physical and mental health. By the end of 2020, after reflecting more deeply on his identity during the COVID-19 pandemic, Egan decided to undergo gender-affirming surgery at NYC Health + Hospitals/Metropolitan.

Egan, who lives in Inwood and uses the pronouns he/they, had top surgery. They became the 100th patient to undergo gender-affirmation surgery at Metropolitan since the hospital began offering the procedure in February 2017.

“NYC Health + Hospitals have been incredible,” Egan said. “They made this process super easy. Even though there have been bumps in the road, they’ve been there for me and done everything they can to give me the care that I need.”

After making the decision to undergo the surgery, Egan scoured the internet for resources and recommendations and found Dr. Aron Kressel, the Section Chief of the Division of Plastic Surgery at NYC Health + Hospitals/Metropolitan. Due to his extensive experience, they decided he would be the best surgeon to perform the procedure

“This is a life altering experience and process for them,” Dr. Kressel said of his patients. “They’ve been through years of living a life where they haven’t felt they’re really in the right place, and by doing this surgery, we help them emotionally and physically.”

NYC Health + Hospitals/Metropolitan is the only public hospital in New York City that offers gender-affirming surgery on the chest, also known as top surgery.

Top surgery can involve breast implants or breast augmentation, a mastectomy, or removal of breast tissue. NYC Health + Hospitals/Metropolitan offers top surgeries to transgender and gender non-conforming patients who meet criteria defined by their insurance plans and their medical providers.

Unlike many private hospitals which often have months long wait times between an initial consultation and surgery, NYC Health + Hospitals has prioritized care for transgender and gender non-conforming patients to bring that waiting period down to about six weeks.

While recognizing the significance of being the 100th person to receive the procedure, Egan hoped he would pave the way for many more people seeking the surgery.

“I’m the 100th person, and that’s awesome, but I think it shows that it’s just going to keep the ball rolling,” they said.