No Longer Trapped, He Embraces His True Self | NYC Health + Hospitals 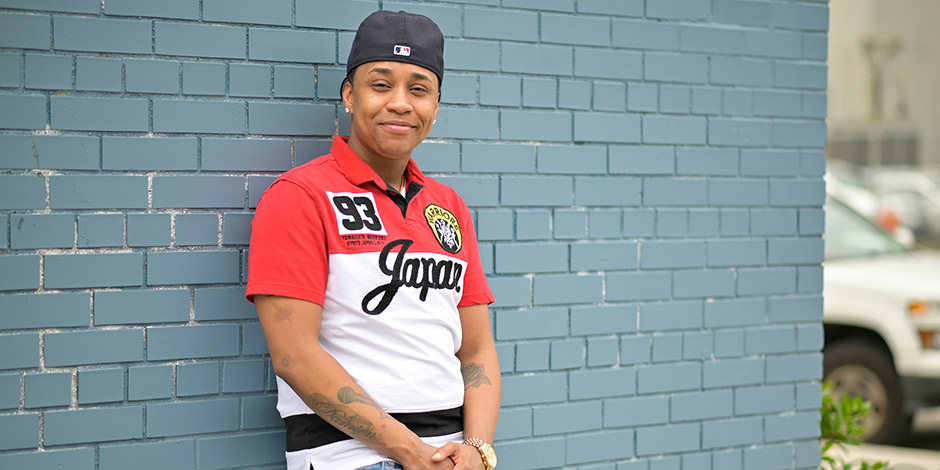 No Longer Trapped, He Embraces His True Self

For Stephen Rodriguez, growing up female was not easy – so much so that as a young girl, he began dressing like a boy.

“Since I was 9, I started to know that I was not the right gender,” said Rodriguez, who remembers feeling trapped in his own body.

Then in 2017, his fiancée read a story about gender-affirming surgery for transgender men. Intrigued by the procedure, Rodriguez began doing extensive research to find out more information about his medical transition options.

As the first step toward his surgery, the 31-year-old Bronx native – born at NYC Health + Hospitals/Lincoln – began a testosterone regimen at Callen-Lorde Community Health Center in the Bronx. However, as he began looking for a hospital that would perform the procedure, Rodriguez hit several roadblocks.

In fact, he had unsuccessful visits at five hospitals, which began crushing his hope of living the life he so dearly wanted. Some hospitals did not take his insurance, while others said they did not have the proper staffing to perform the surgery.

In one instance, Rodriguez changed his insurance provider to be accepted at a specific hospital. Yet, his frustrations continued after he was told the waitlist for a consultation at the hospital would be about a year.

“I had gotten denied so many times that I felt repressed,” Rodriguez said. “A lot of hospitals were not aware of the procedure, so they gave me the cold shoulder. They were giving me the runaround, and I felt as though my voice wasn’t being heard.”

Finally, he was referred to the Pride Health Center at NYC Health + Hospitals/Metropolitan, one of the few hospitals that performs chest masculinization surgery – commonly referred to as “top surgery.”

Metropolitan introduced gender-affirming surgeries in 2017. Since then, the hospital has completed 40 procedures. Health care staff work with all patients to help complete any medical or psychological evaluations that might be required by insurance plans, or to connect them to insurance if needed.

Rodriguez met with Dr. Aron Kressel, the hospital’s chief of plastic surgery, who gave him important information about the procedure and supported him along each step of the journey. Though he was a bit nervous, Rodriguez said Dr. Kressel gave him the strength to know he could get through the procedure.

“Metropolitan is one of the greatest hospitals I’ve been to,” Rodriguez said. “Going to emergency rooms and other hospitals, I didn’t feel as comfortable with them caring about the reason why I was there. At Metropolitan, they took care of me from the moment I walked in. Everyone was very caring and sensitive.”

Rodriguez underwent successful chest masculinization surgery in January 2019. Throughout his entire recovery, he said he received excellent care in an environment where he felt safe and comfortable.

After the surgery, Rodriguez reached out to Dr. Kressel with questions or for emergency appointments to ensure he followed instructions correctly to prevent injury. Dr. Kressel continued providing support, months later.

Now living as a man, Rodriguez credits the health care staff at Metropolitan with his physical transformation and self-confidence.

“Getting the opportunity to transition as a trans man with the help of NYC Health + Hospitals/Metropolitan has been such a wonderful blessing,” he said. “The staff and the LGBTQ community helped me gain confidence in myself.”