When Brooklyn resident Benjamin Bretner reached middle age, he lost hope in becoming his vision of success – a man with a wife, children and a fulfilling job as an educator or writer.

His dream was in reach until his mother suddenly passed away, prompting him to drop out of college to help his father raise his four siblings. As months turned to years, he plunged into dark depression that pulled him away from friends and society.

“I felt like there was a vast emptiness before me, and a desert ahead of me,” he said. 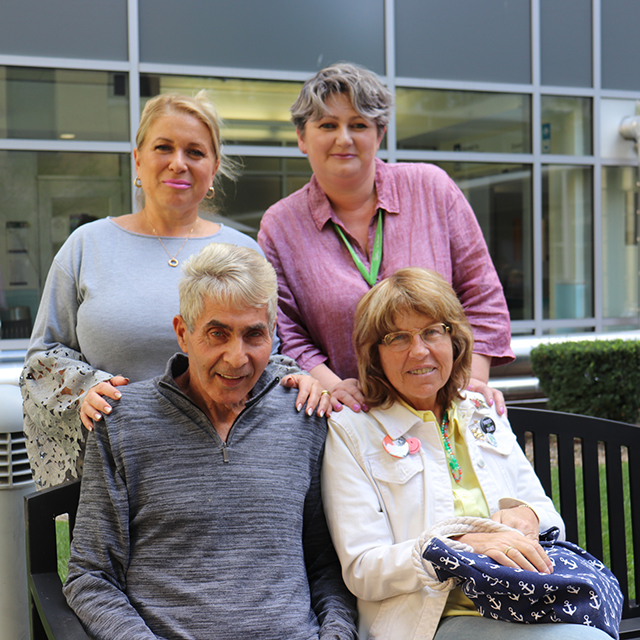 Life, Bretner thought, was no longer worth living. He reached into a bathroom cabinet, swallowed every medication he could find and called his sister. “It was a cry for help,” he said. She calmly spoke to him until an ambulance arrived and rushed him to NYC Health + Hospitals/Coney Island.

Paramedics pumped his stomach and admitted him for behavioral health treatment. There, Bretner was diagnosed as schizoaffective, a combination of mood disorder symptoms including depression and delusion.

“I was angry, full of grief and then I denied it,” he said. “It changes your life. You can’t take a pill and be cured.”

Bretner was discharged with a treatment plan that included medication and therapy, but he struggled to become stable. Living with a mental health condition was terrifying for him, he said. Among his family and friends, when someone had a health concern they kept it private and hidden. But, he was determined to change.

“I couldn’t go on living like that,” he said. “I took advantage of every resource available at the hospital.”

Bretner is now one of the more than 10,000 patients who receives support and services from the Community Care team. He was paired with Care Coordinator Elena Baranov whose first task was a visit to Bretner’s home.

Inside the apartment, Baranov found heartbreaking living conditions. Cockroaches crawled along the counters and walls. Stacks of newspaper and bottles littered the living area creating a strong musty odor. His small bathroom was a leaky mess.

Bretner didn’t know how to handle such issues. It caused stress and affected his health, but it’s not the type of problem he could bring up with his physician or therapist.

“That’s where we come in,” Baranov said. “We’re privileged to go to the homes. We can see what’s real and provide better services.”

Baranov called exterminators who cleared his apartment. She also arranged meetings with his landlord to set up repairs, helped him clean and applied for funding from a grant to buy him new furniture.

After meeting continuously for years, their bond has grown so close that now when Bretner needs to talk, he visits Baranov and her supervisor, Zoya Cheskiy. He often makes surprise visits outside of his appointment, but it doesn’t matter. They always make time for him.

“The greatest thing they offer is their heart,” he said. “I would come to them, literally in tears. In those moments, they didn’t talk to me in a professional capacity. They spoke to me as a human being.”

They’ve had sessions when Bretner would share his feelings and end crying on Baronov’s shoulder. She would cry too, Bretner said, and give him a hug.

“It was the best feeling in the world,” he said.

Baronov has become a mother-figure and friend, Bretner said, providing help and guidance from health care, to social life and even dating. He met a new friend, Nancy, at a Coney Island-sponsored Christmas party for patients, and the two are now dating.

“I never thought this would happen,” said Bretner, who now sports a combed bouffant hairstyle and dresses for occasions. Baronov helped him with styling tips. “It’s a new chapter in my life, and I owe it all to Community Care.”

Bretner said his treatment at Coney Island and home visits with Baronov continue to help him overcome his anxiety for a chance to achieve his dreams. For the first time in years, he has taken the train to go on dates, attend lectures, movies and seminars. He’s exploring new things in life, and he does it with a partner he admires and understands.

“Who knows what path my life would have taken if it wasn’t for them,” he said. “They helped me become a better man.”