NYC Health + Hospitals/Metropolitan is located at 1901 First Avenue between 97th and 99th Streets in Manhattan. It is easily accessible by subway, bus and car.

Get directions from your location 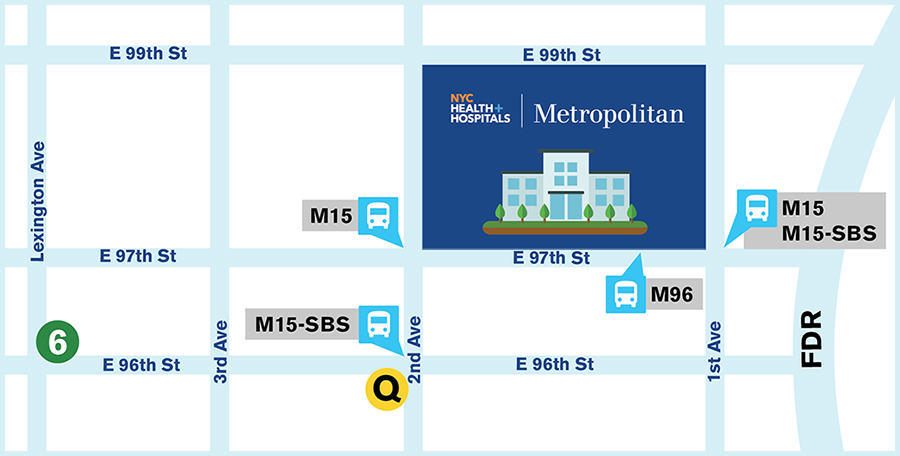 From the FDR Drive take 96th Street exit and proceed to 97th Street and First Avenue. There is a limited amount of metered parking spaces surrounding the hospital. Parking lots can also be found along First, Second and Third Avenues.

La Clínica del Barrio is located at 413 East 120th Street between First and Pleasant Avenues in Manhattan, and can be reached by subway, bus and car.

Get directions from your location