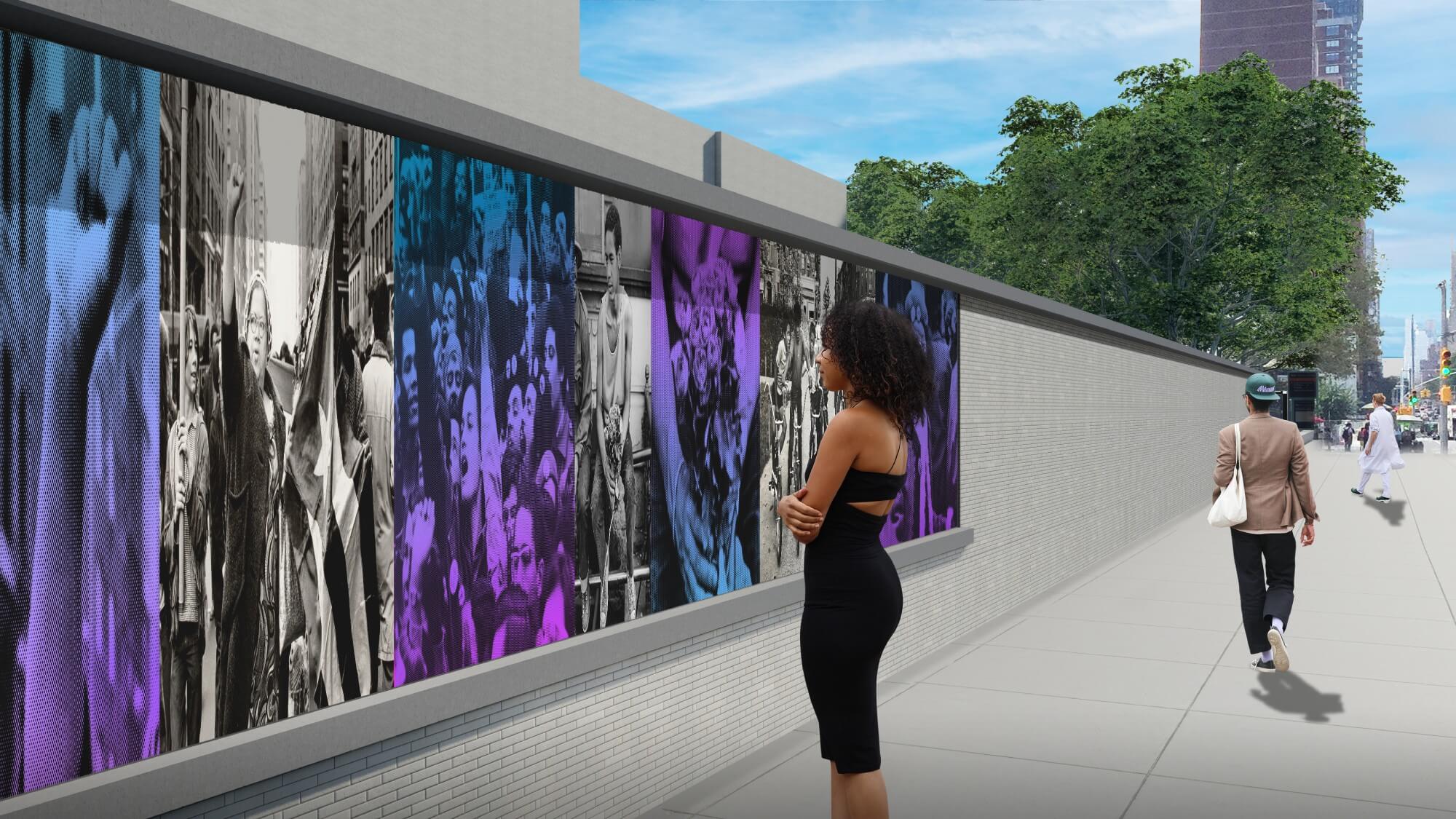 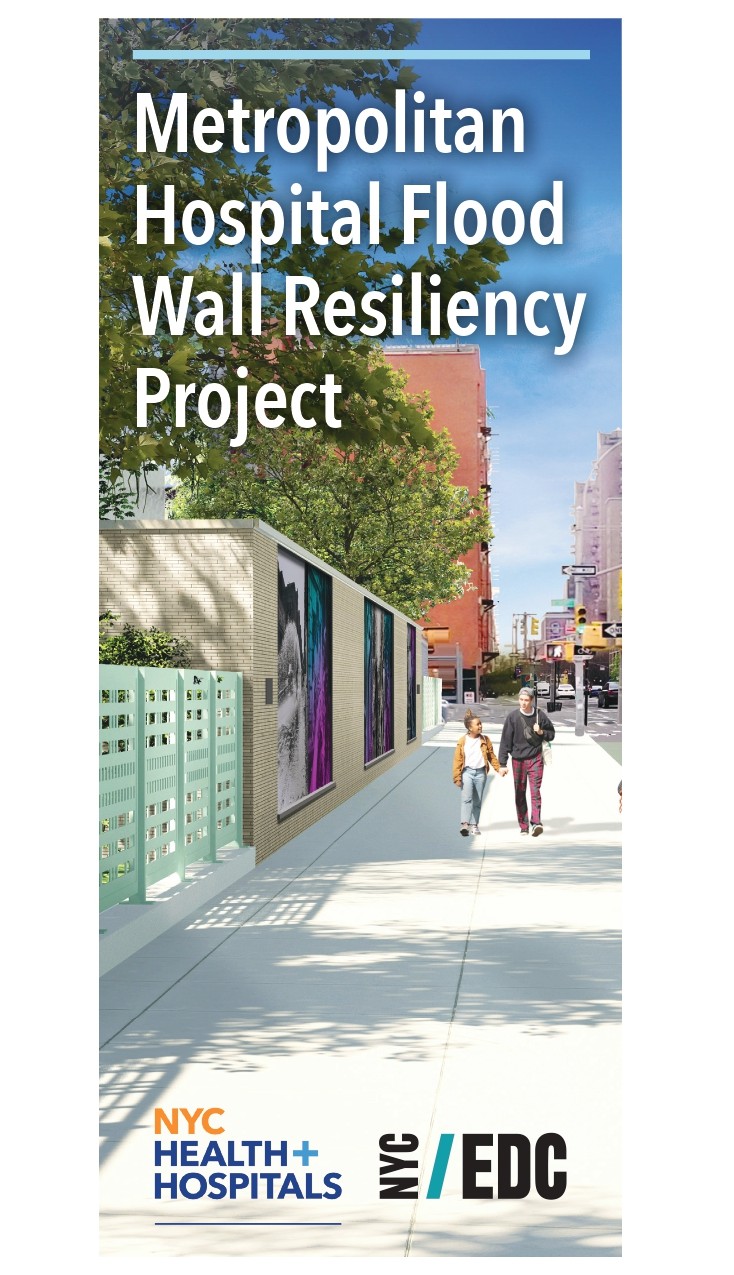 Download brochureConstruction is now underway at NYC Health + Hospitals/Metropolitan to build a flood protection system to protect the hospital from future storm events. The project will provide greater resiliency to the hospital and prevent disruption of health care services to the East Harlem community.

The flood wall will border the hospital’s perimeter – on East 97th and 99th Streets, between First and Second Avenues. The sophisticated flood protection system will have built-in flood water pumping capacity to prevent potential damage to infrastructure and allow the hospital to recover and resume operations quickly after storm events.

The floodwall project has several features including: 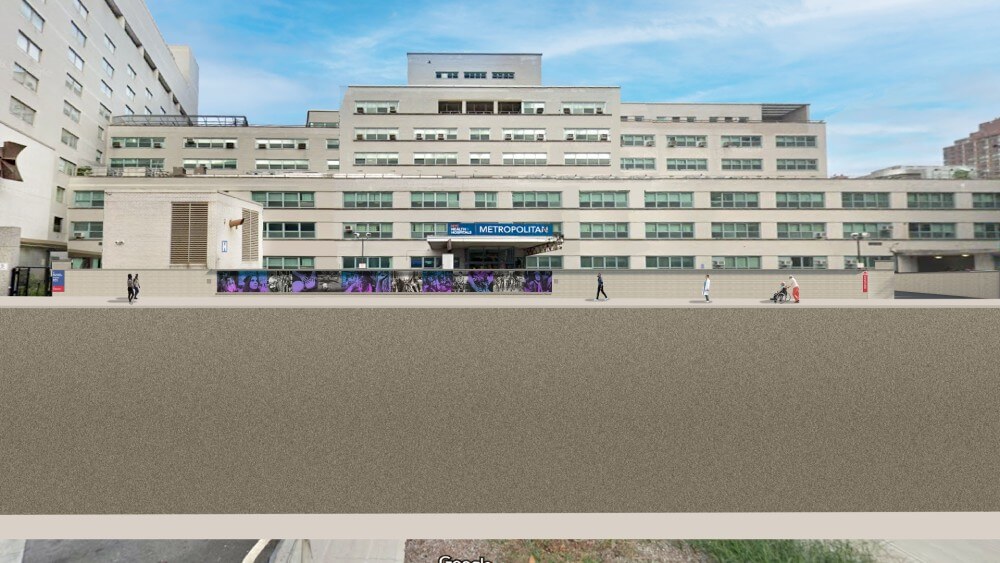 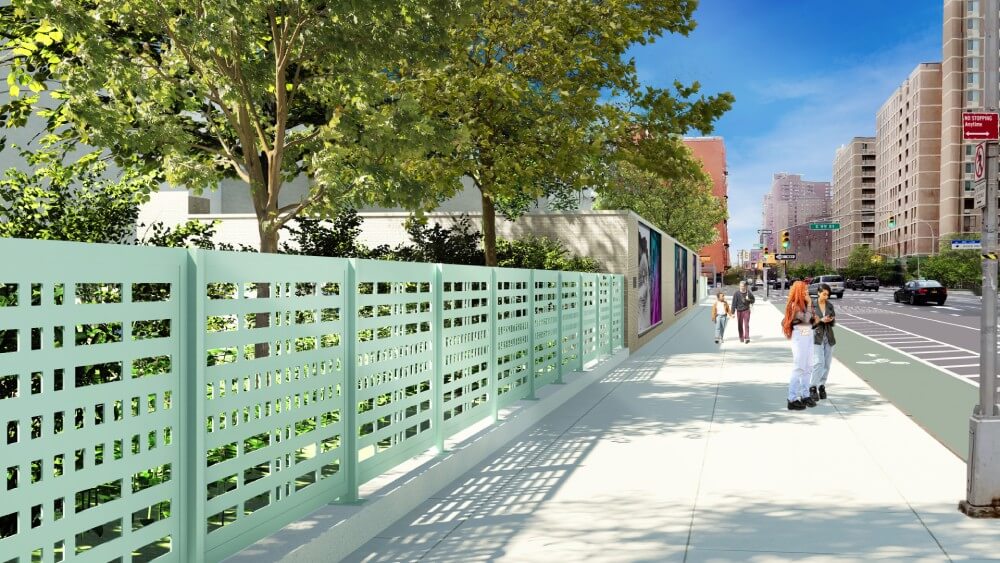 The Metropolitan Hospital Flood Wall Resiliency Project was initiated by the New York Economic Development Corporation (NYCEDC) and NYC Health + Hospitals to address vulnerabilities on the hospital campus. Budgeted at $120 million, the FEMA-funded project includes the construction of perimeter flood protection. The perimeter flood wall installation varies in heights from 8 feet to 12 feet, and includes new entrance openings with resilient flood gates up to 35 feet in width.

The flood resiliency wall will feature vibrant artwork that incorporates color and richness to the design as a visual celebration of the East Harlem community. Local artist Miguel Luciano was selected through an open forum by a committee of representatives from NYC Health + Hospitals, NYCEDC, the Department of Cultural Affairs, and community members. 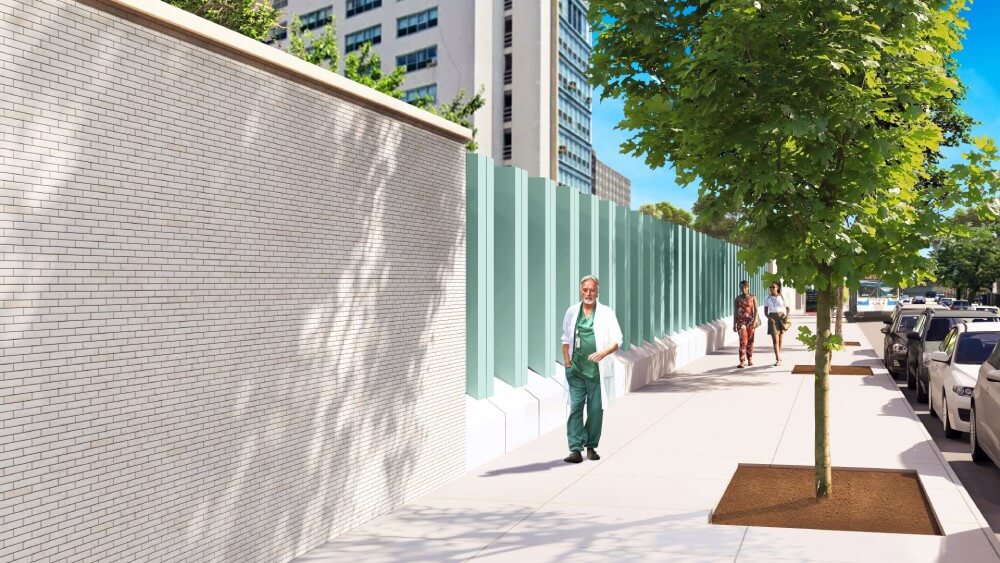 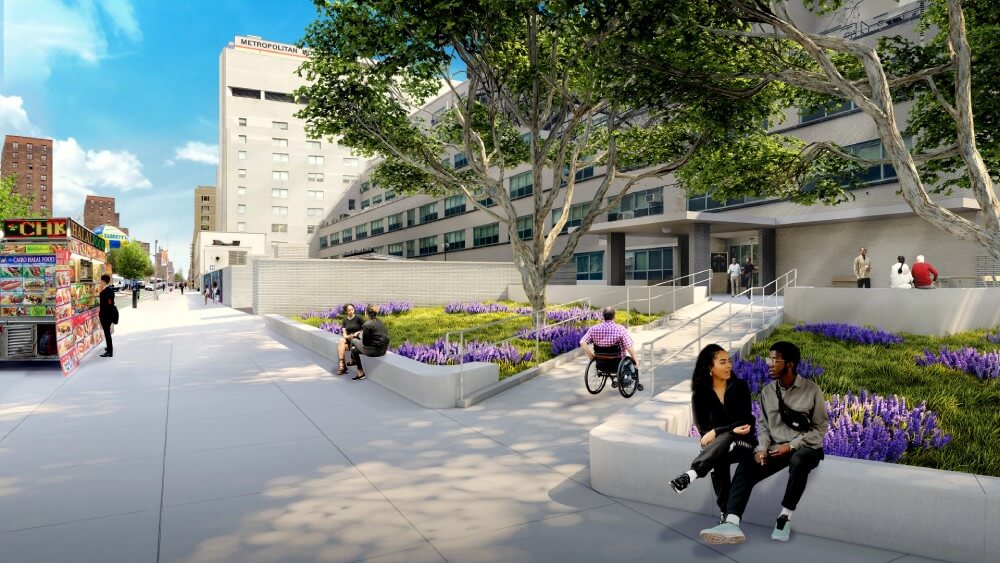 Miguel Luciano is a multimedia visual artist whose work explores themes of history, popular culture, and social justice through sculpture, painting and socially engaged public art projects. His work has been exhibited nationally and internationally. He is the recipient of numerous grants and awards, including the Latinx Artist Fellowship (2021). Luciano was an inaugural Artist in Residence in The Metropolitan Museum of Art’s Civic Practice Partnership Artist Residency Program (2018-2021). He is currently a faculty member at the School of Visual Arts and Yale University School of Art.